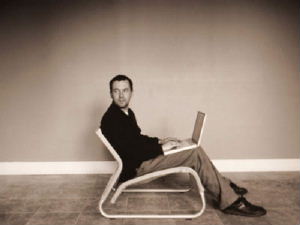 is a professional stills photographer and an emerging filmmaker. As a young professional who has traveled internationally, and personally benefited from the experience, he believes that broadening one's perspective on their place in the world is important and enlightening, helping them to grow on more than one level.

With a desire to provide others with experiences similar to his own, he has embarked on a journey both personal and professional, bringing art to life for young, local men and women. Through a series of international travel experiences he calls the International Media Mentor Program, he is providing a unique opportunity for high school students to learn filmmaking and photography skills through practical experience in real-life, culturally distinct settings.

"Traveling has certainly broadened my view of the world, and awakened an artistry in me that may otherwise have laid dormant had I not looked through the eyes of other cultures at my surroundings."

To date, the program and its sponsors have afforded three young men travel to Korea (Editor's Note: please scroll to the bottom of this page for the original story), where they spent time at the Dong-Ah Broadcasting College, learning the basics of camerawork, directing and editing. All three have continued with related studies, and are planning to establish careers in film-related endeavours.

With the success of that first Korean trip still fresh, the program will send three new students to South Korea this August. Accomplished local filmmaker Greg Hemmings, Mark's brother, will accompany the three on their journey, providing a valuable mentoring opportunity.

eing in high school and trying to look ahead at what I wanted to do for a living, all the while thinking, this is not easy. I look back at that and know that I can play a role in helping young people with real talent find inspiration and outlets for that talent."

The Hemmings are a creative force to be reckoned with, and each is paving their road with thoughtful, quality-driven projects in their respective genres. And, with a wealth of talented young filmmakers in the Greater Saint John market, the brothers Hemmings have plenty of prospects for future cultural trips and for production crew. 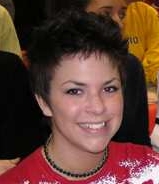 This April, Mark will act as travel host and guide for three students as they participate in the annual Mako (pro: MACK-o) European Film Festival in Hungry. The festival incorporates a daytime, week-long youth training program with workshops for the students. In the evening, they attend the festival. Not only will they learn to make short films, they actually will produce the films, while soaking up the atmosphere of an international film festival.

Carly Higgins (photo), a 2004 graduate of Saint John High who experimented with stop/start animation, producing and directing her first film at the tender age of nine, will be traveling to Hungary with Hemmings and the other students. She is anxious to travel to a foreign country, and to flex her mental muscles in an artistic and focused environment.

"There's nothing better than a really good movie," she asserts, "and, Mako is huge! Im so excited! It's a cliche to say it's a great opportunity, but you know what? It really is."

Higgins will watch and learn while at Mako, having discovered her strengths and interests lie with directing and editing.

"Filmmaking is all Ive ever done. Directing and coaxing people to do what you need to capture. Deciding angles and framing. And editing. I didn't realize how interesting that is!

While keeping an eye on his young charges, Hemmings will attend the premiere of his own 2-minute experimental short film at Mako. Titled GEIST, it is an extraordinary effort, capitalizing on his pure sense of subject and matter as a photographer. Using stop/start animation to bind together thousands of photographs, he tells a story of a soul captured at moment of death, through a stark, hauntingly beautiful and compelling video piece.

Ironically, Geist, while about death, best illustrates what keeps the art of filmmaking alive and vital. Its simplicity is its strength. Absent of dialogue, it is still able to tell a story with purpose and clarity, evoking emotion along the way. Filmmaking in its purest form. A truly great example for Hemmings young charges to follow.

short film, Geist, which he has entered in the Mako Festival, may be seen by clicking here.