Peter Soumalias, CEO and Co-creator of the Walk of Fame, offers a simple, direct testimony on why Mayer is honoured, saying, Hundreds of nominations urging us to induct Louis B. Mayer have been received, from both inside and outside the country. Canadians are, and have always been, at the forefront of developing the entertainment industry. Theyve been pioneers, and Louis B. Mayer is a good example of that. 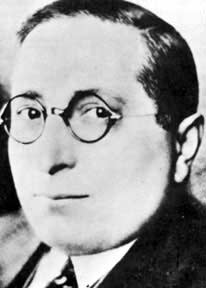 Indeed. Mayer grew up in , cutting his business teeth alongside his father, in the chippy, tough world of scrap metal. As a young adult, he decided to carve out his fortune in America. By finessing his skills on a series of film related ventures that began in the Boston area, he unwittingly prepared himself for his lifes greatest challenge and coup, the eventual formation and operation of Metro Goldwyn Mayer Studios, one of the worlds most successful and recognizable companies. Its logo  a roaring lion  to this day majestically reigns over the company he and his business partners founded in 1924.

He ran the sprawling 40-acre MGM Studios for 27 years. Occupying six sound stages, it was the home of Hollywood's epic feature films. To ensure its continued success, he cultivated a heart palpitating roster of A-list actors during Hollywood's days of studio glory, including Clark Gable, Elizabeth Taylor, Lana Turner, Ava Gardner and the incomparable Greta Garbo.

Because of his uncanny penchant for top people and projects, he achieved extraordinary success and was able to command an outrageous salary. He cracked an earnings ceiling in 1936, becoming the first business executive in the country to make $1 million per year.

He helped found the Academy of Motion Picture Arts and Sciences, planted the seed for the Oscars, and, in 1950, he was given a special Academy Award for "distinguished service to the motion picture industry."

For a complete list and background on the 2004 inductees, please visit www.canadaswalkoffame.com/inductees/inductees_2004.xml